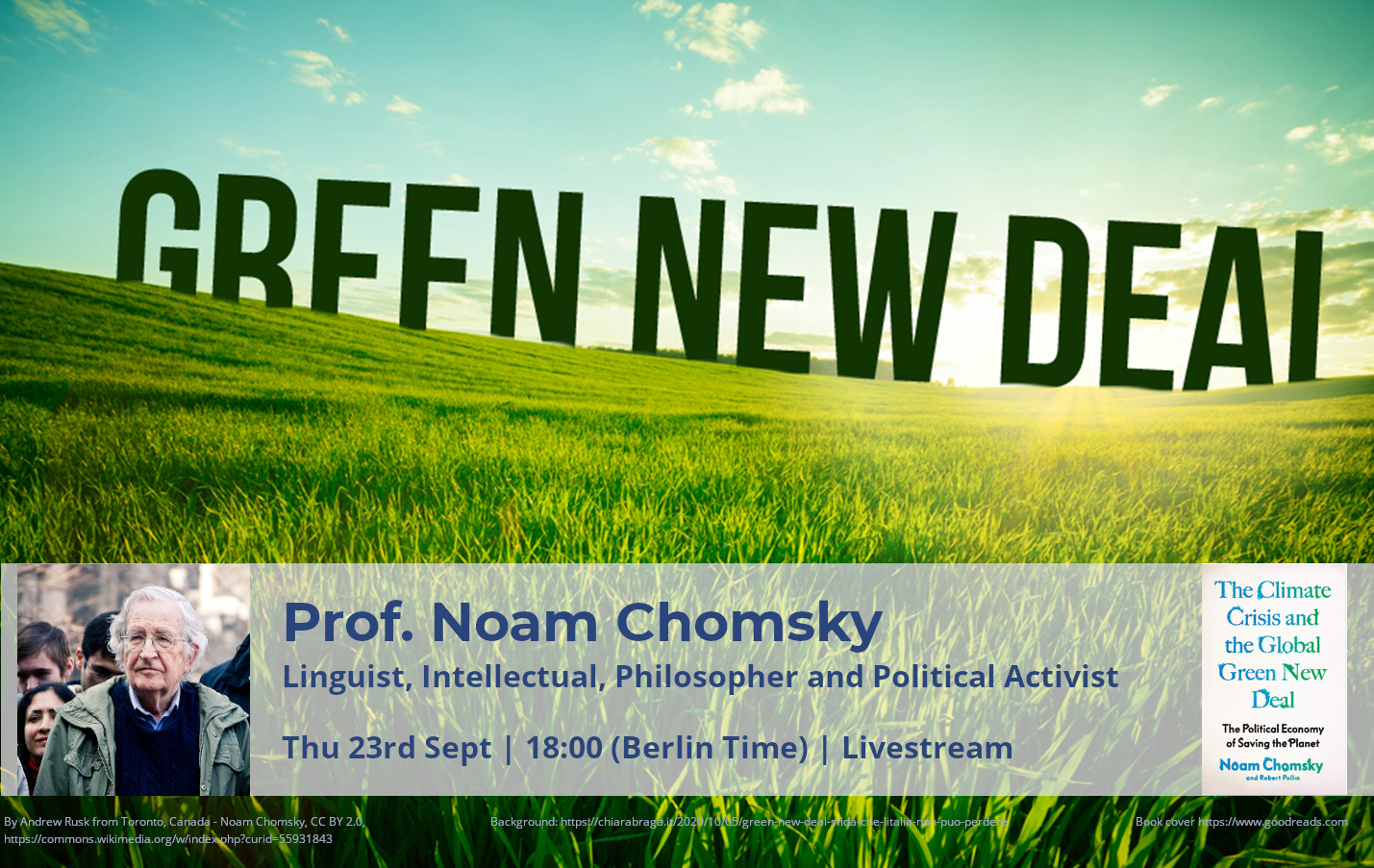 Professor Noam Chomsky is Laureate Professor of Linguistics at the University of Arizona and Institute Professor Emeritus at MIT. He is the author of over 100 books and considered to be one of the most influential intellectuals as well as being one of the most cited scholars in history. In one of his latest books „Climate Crisis and the Global Green New Deal“ Chomsky and his colleague Prof. Pollin reflect about what is at stake regarding climate change, why we need a Green New Deal and what are the main obstacles to get it done in order to move to the social transfomation that we need if we want us and our children to live in a decent world. The latter being the main focus of our conversation with Prof. Chomsky.

Johanna Gratzel studied psychology in Heidelberg, Padua and Bielefeld with a focus on social psychology and collective action. Today she works as a program manager and researcher at THE NEW INSTITUTE in Hamburg, where she tries to bring research and practice on social movements closer together. Thanks to her involvement in various initiatives, she is also looking at collectives from the inside and supporting refugees and sustainability matters at the same time.

Constantin Zerger is head of energy and climate protection at the Deutsche Umwelthilfe (DUH). He is leading the organizations campaigns in the fields of renewable energy, energy efficiency, energy infrastructure and the phase-out of fossil gas. He studied political science in Berlin as well as Copenhagen and worked for the Deutsche Bahn AG before joining the DUH. There he was responsible for the development of corporate environmental targets and green products.

Sander van der Linden, Ph.D., is Professor of Social Psychology in Society and Director of the Cambridge Social Decision-Making Lab in the Department of Psychology at the University of Cambridge. He has published over 100 papers, many on the topic of how to best counter misinformation, especially about climate change. His research is regularly featured in outlets such as the New York Times, Rolling Stone, NPR, and the BBC and he has been described by Fast Company Design as one “four heroes who are defending digital democracy online”. He co-created the fake news game, Bad News, and regularly advises governments and social media companies on how to combat misinformation. He is Chief Editor of the Journal of Environmental Psychology and before joining Cambridge, held academic positions at Princeton, Yale, and the LSE.